Sometimes I don’t wake up early enough to make a cup of coffee. I’m too frugal to buy a coffee every day before work. Due to my extremely early starting time for work and long work hours, many of my colleagues depend on the java juice to keep them going. I like the taste of it (black though, sugar and cream seem to take away from the real coffee taste), but I’m not addicted to it. Nor does it really affect me, with the exception of it being a diuretic (a substance that promotes the production of urine). 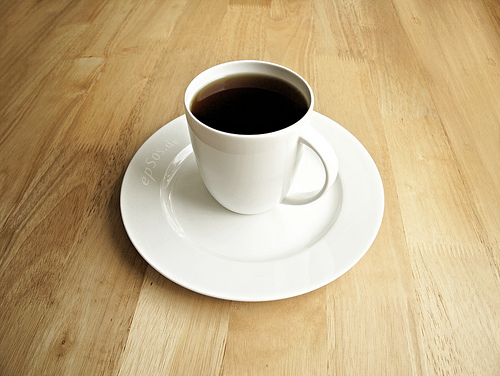 For many people, coffee is a daily necessity. Coffee is ubiquitous and can be purchased at any eating establishment. It is affordable and has a casual sense about it, which makes sense as to why people ask each other to grab a cup of coffee.  Regular coffee, meaning real coffee, is usually under two bucks, even for a large.  So even if you are buying a regular coffee every day, five days a week, it isn’t costing you that much.  It’s the fancy specialty coffees that do.  They are the ones that have a long name with so many options that I already forget half of it while saying my order to the barista.

Sounds familiar? As you can probably tell, I’m not the frequent visitor to Starbucks. Not only do I have to say something like supercalifragilistcexpialidocious (this is apparently how it is spelled), I have to specify the size as a tall (not a small), venti (which is Italian for 20, A venti is 20 oz. or 590 ml)[1] and grande.  Short is the smallest size and is only available for hot drinks. Trenta is the newest and largest size, meaning 30. However, it is actually 31 oz. or 920 ml and only available for cold drinks.

Shouldn’t ordering a cup of coffee be simple regardless of whether or not it is fancy?

I’m not trying to belittle Starbucks. They are a lucrative company that has a strong hold of the coffee market.   Based on revenues, they are the world’s biggest coffee chain.[2]  They are continually expanding in emerging markets such as India and China.  What I am impressed with is rather than throwing their original products in these countries’ faces and refusing to change, they are more adaptive and responsive to the huge tea drinking culture that is present over there.

What I am not too impressed with is the prices of their fancy drinks. As my brother-in-law once put it, Starbucks should change its name to five bucks. The total price of some drinks in the tall size are almost five bucks. The company is being criticized in China for their MORE expensive prices compared to the U.S. A grande latte costs $3.80 in the U.S., whereas it is a dollar more in China.

I rarely buy coffee, and if I do, it’s usually regular coffee rather than the specialty coffees. I find McDonald’s has pretty good coffee for a cheaper price and a bigger size. Even their specialty coffees are decent.

Although there are a few Starbucks locations close to each other in my town, I don’t drive around looking for a Starbucks just to get a cup of coffee.  Believe or not, Starbucks can be a demographic indicator. [3] I live in a relatively affluent town overall that is known to other cities and towns as being a “rich” town. This makes sense to me as to why there are more Starbucks locations vs. Tim Horton’s.  The city where I grew up in is a mixture of pockets of different class. The area in which my parents’ live in is a nice middle class neighbourhood.  There are three Tim Horton’s locations, but only one Starbucks location nearby. The next closest Starbucks location is in the downtown core, which is a 12 minute drive away. It seems as if Starbucks seeks locations where the big bucks are made.

According to the Maynard institute: “Starbucks created an affluent and vibrant cafe society in upper-middle-class suburbs, high-income city neighborhoods and prestigious college campuses. The green-and-white Starbucks logo is a sought-after status symbol”.3

. They haven’t had to lower their prices to compete with other coffee chains.  It’s probably the other way around. Starbucks obviously knows what they’re doing.

Looking for ways to save money on everyday things? Check out these articles

Do you think Starbucks coffee prices are outrageous and do you see their coffee as a status symbol? Do you still drink their coffee or specialty coffees anyway?

32 thoughts on “A Cup of Coffee: Daily Necessity or Daily Indulgence?”