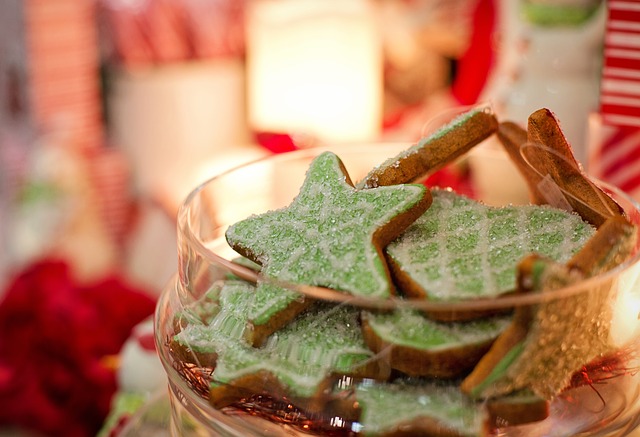 While Christmas falls on the same December day every single year without fail, some of us still feel like we don’t plan ahead enough. In addition, there are so many things to do that by the time the holidays are over it’s almost a relief. Whether we are prepared or not, though, Christmas day eventually arrives.

But for some people, preparing for the holidays is easier said than done. When budgets are already tight and the list is long, paying for everything can be a real struggle.

Nevertheless, there are 12 ways to get inexpensive presents for each person on your list.

END_OF_DOCUMENT_TOKEN_TO_BE_REPLACED

Technology has been a vital factor in keeping a business alive. Each entrepreneur across the globe ought to consider diverse tools and gadgets to work efficiently and productively. This might be expensive and time-consuming, however, it will help your business thrive and you will reap the fruits of your labor in the future.

In case you are a small business owner, it is your obligation to give the tools needed for your employees, so they can perform work properly. You have to be aware of everything and guarantee that you can keep up with your competitors to remain in the field.

Listed below are a few tools and gadgets that you need to consider for your small business:

Always invest on security for your enterprise. Every venture ought to get security against online fraud or other illegal issues. You can invest on ssl certificates to secure your business website’s important details, such as passwords, customer information, and credit card numbers, so that nothing will ever be hacked and used against you. Hence, make it a point to spend your money on right security software.

Another crucial factor in keeping your venture off the ground is mobile technology. Since smartphones are now a necessity these days, you can utilize them in your business. Once you plan to retrofit your office with gadgets, look for ideal mobile phones that are compatible with the Internet of Things. You can use various brands, such as Apple, Samsung, Google, or Microsoft.

A WiFi router is an essential to every small business out there. By having this, you can share and print documents as well as surf the Internet through a network. Just be sure to choose the best and trusted Internet provider, in order to perform all your online tasks efficiently. With faster, stable, and strong Internet connection, you can work effectively.

As an entrepreneur, you need to have laptop for your small business. This gadget helps you execute all your tasks better wherever you are. Even if you are not in the office, you can still work once you have your laptop with you. Its portability is its best feature, so purchase one that is heavy duty and matches your own business.

Nowadays, it is important that you have a CCTV camera for nothing is safe and secured. Whether you own a business or simply a house, a camera is needed to protect you against intruders. This also helps secure you from anyone who might steal your business stuff. Thus, be sure to install CCTV cameras in your office or stores.

It always pays off to have these tools and gadgets mentioned above, for these can improve your small business. As an entrepreneur, you don’t really have to spend a huge amount of money in keeping things organized in your business. As long as you have these things, you can already work easily and conveniently. Certainly, life at work will be simpler and you will be able to get the job done right away.

For about the last twenty years, China has been a sought-after destination for foreign capital, as relaxed laws and a growing economy made a very attractive investment environment. But the September 2017 economic figures from China were incredibly weak almost all across the board, leading many to speculate that the country has yet to move past the economic crisis of 2016, which included two stock market crashes and a currency devaluation.

Meanwhile, on the other side of the globe, the Brexit controversy drags on, creating a great deal of uncertainty not only for the UK, but in the remainder of the European Union. There are signs of slower economic growth and higher unemployment rates, and that combination spells trouble for new investors.

For the past several months, traditional gateway cities like New York and Los Angeles have been investment hotspots. While opportunities remain in places like these, they may not be as plentiful — or as financially attractive — as they were in early and mid-2017.

Fortunately, the United States is a very big place.

Places like Nashville, Phoenix, and Denver offer a lower cost of doing business and emerging opportunities in the energy and manufacturing sectors. Many other locations, most notably Salt Lake City and Raleigh, are in the midst of significant employment booms, and all those people with disposable incomes need places to spend them.

All these opportunities are simply theoretical without assistance from qualified lawyers, because attorneys are integral to the EB-5 Immigrant Investor Program. Whereas some other countries offer limited-purpose investment visas which are essentially only valid for a few business trips, the EB-5 is a green card visa that has significant benefits for both investors and their families, including:

The minimum investment has always been as low as $500,000, and in 2011, the State Department made some changes to make EB-5 visas even easier to acquire.

Attorneys can also help expedite the process of qualifying for these visas. EB-5 investors usually have two full years to invest the minimum amount of capital and create, or preserve, at least ten domestic jobs.

Because they create so many jobs in both construction and in the service industry, many EB-5 investors gravitate towards commercial real estate and other such ventures, and these kids of opportunities are tailor-made for the burgeoning, high-employment locations mentioned earlier.

Unlike some other visa programs, there are no national limits or caps to worry about. Everyone capable of contributing to the American economy is more than welcome here.