As I write this we are awaiting a crazy winter storm. This is a very unusual system for where I live and as the first few flakes fall, they are already predicting transportation to be shut down for upwards of 72 hours. This ”winter” storm (<< Mother Nature clearly didn’t get the memo that it’s spring!) is expected to drop upwards of 50 cm of snow and a massive storm surge warning is in effect since we’re a coastal city. They’re calling it a winter hurricane. 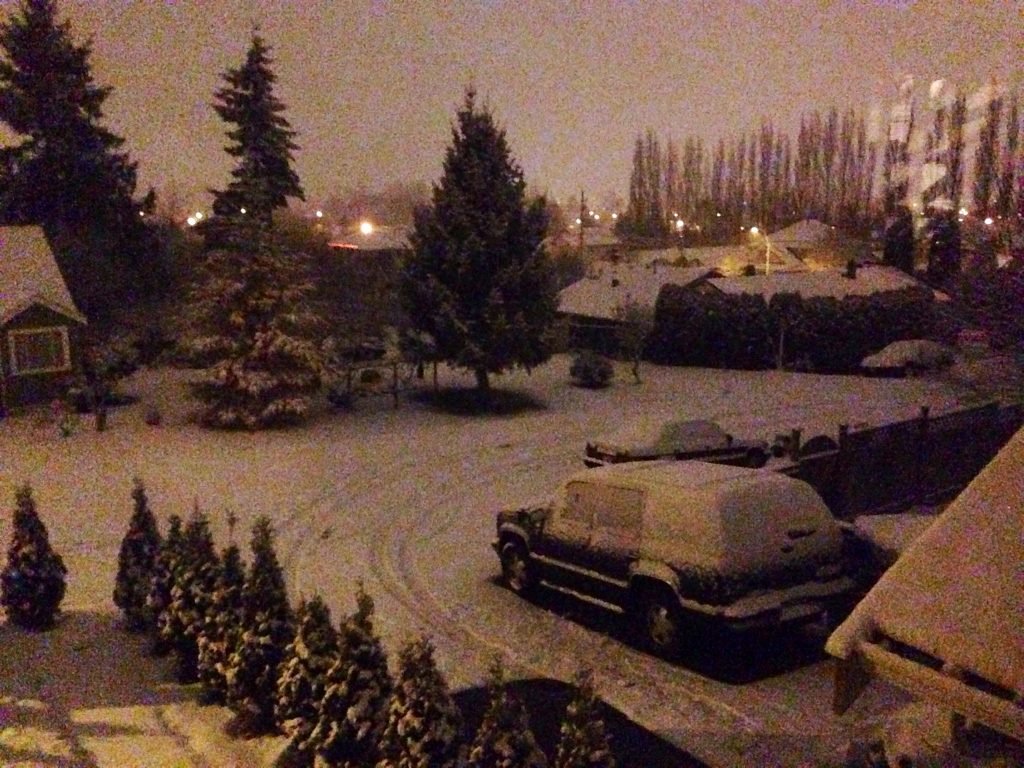 While the entire city is shut down, and I am enjoying being home rather than stressing about getting to and from work, it also stresses me out about the possibility of losing that much work. I don’t get paid when I’m not there so if we shut down for three days I’m out a lot of money. The same goes for my husband but he does have the ability to work somewhat from home so we should be able to make up his hours no problem. Since our main financial goal right now is paying off debt, we don’t have a lot of savings. I have a small emergency fund set aside, though a massive chunk which was recently withdrawn due to an unforeseen vehicle emergency, so I’m not too worried about lost income but it really got me thinking about our overall preparedness for this impeding potential emergency.

Given that it’s a winter storm I’m also worried about our home itself. We had on incident of pipes freezing this winter already so we have to take measures to ensure this doesn’t happen. As long as they storm system is around us we will be keeping the heat on in the house warmer than we usually did just incase we lose power (we have electric heat) we want the house as warm as possible for both our comfort and to help keep the room where the main water pipe is stay warm.

My husband went out last night and made sure we had enough of his prescriptions on hand incase it’s a few days before we can get out. He has a medical condition that requires daily medication and we had to ensure he didn’t run out! While at the store he bought some large jugs of water and I filled up every water bottle we own and placed all the water in the fridge. Again predicting we may lose power and or water. Absolute worst case we could melt snow but I like the idea of having a few jugs of drinking water on hand anyway.

Again, as long as we have power I will make sure our cell phones and emergency lights are charging. I can’t say for sure if we will lose power but these are things I want charged at 100% just in case. Locating all batteries, light sources and candles is something else we will be doing.

In terms of food, we have plenty of food that we don’t need to cook (breads, cereals, fresh fruits) so I’m confident we will be ok. If the snow stops but we have no power we do have access to a BBq and full propane tank as well. And I didn’t forget about kitty! I made sure we had a few days worth of her (prescription) cat food on hand too. Don’t forget about your pets!!  Obviously if she was an outdoor cat I wouldn’t allow her outside at all and make sure she had a litter box on hand (same for dogs, have an indoor bathroom option for storms like this. It’s not fair for a dog to be forced to pee in 110km/hr winds!).

While I’m hoping it’s not half as bad as the experts are predicting, I feel like we’re as prepared as we can be. Are you prepared for a natural emergency?