Depending on where you get your information from, I can be defined as not only a Gen Y, but a millennial as well. I thought millennials were only in the 18-30 age range, but I have read in one article where the age was extended to 34.  This particular article describes how lottery ticket sales with the younger generation are on the decline.

If you have read my post on lottery pools at work, you’ll know that when it comes to money, I’m not really a gambler. I only play because of FOMO (fear of missing out). I personally think it’s a waste of money and that money could be put to better use, but I don’t want to be that sucker in case of the event we actually do win the lottery. 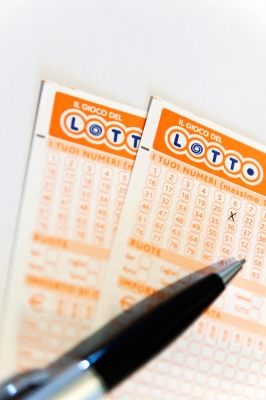 My workplace consists of mainly an older demographic and as I have mentioned in my lottery post, many of them play the lottery outside of work. My dad, along with my aunts and uncles had their own lottery pool. Since my dad played (I’m not sure if he still plays, now that he’s been retired for a few years) the lottery quite often, he would always joke and say, “If I win the lottery I’m going to buy you this and that.” I would often laugh and tell him that the odds of him winning the big jackpot are quite slim.  I also told him that he should stop wasting his money.

Aside from winning the $10,000 from Pro Line, he has won smaller, somewhat decent amounts such as a few hundred dollars, just from a $2 or $3 ticket. He just seems to be one of those people who are lucky in that sense.  Although he does joke about winning the big jackpot, in reality, he doesn’t want to win the big one because he feels everyone would be asking him for money. He’s probably right. It’s nice to have a lot of money, but better to keep it to yourself and be more like the “Millionaire Next Door

”. I certainly wouldn’t want the general public to know I won the jackpot.

I don’t know anyone close to my age that plays the lottery on a regular basis. The people I know go to the casinos once in a while for fun or play online poker or poker with friends. They know their odds are better there than choosing random numbers and hoping for the best.

I rarely go to places such as convenience stores (just because the food is so expensive there) or pay for gas inside, where you can easily get lottery tickets. I walk right past the kiosk that sells lottery tickets and don’t even stop to think about buying a ticket.  I wouldn’t even bother to buy one just for fun.

The one page ads in the newspaper about “imagining the freedom” if you win, the TV and radio commercials- none of them make me want to buy a ticket. I know if you don’t play, you don’t have a chance at winning, but to me, it’s like trying to take a shortcut over and over again. This so-called shortcut puts you even further from getting to your financial freedom.

I prefer to get to financial freedom through good old-fashioned hard work.  I know my chances of reaching it through this method are way better.

Do you believe playing the lottery is more for the older generation? Why or why not?