After having a long, harsh winter it looks like spring has finally sprung. The weather is nicer; people are outside doing yard work, out for a jog or walking their dogs. Everyone just seems happier in general. With the first official long weekend of summer coming up in Canada, known as  May 2-4 weekend, I often hear talk of people going up to their cottage for the long weekend or “getting their cottage ready” for the summer. 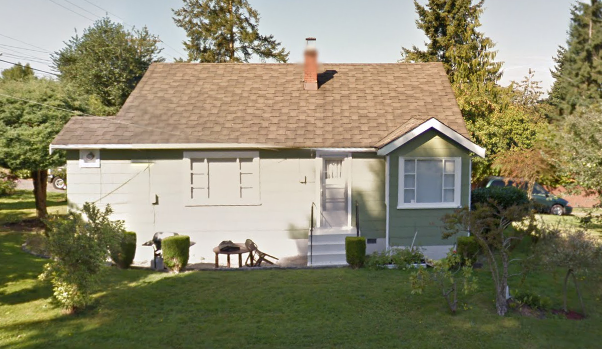 Growing up with immigrant parents, I never spent summers at the cottage.  I don’t thinking owning or renting a cottage was ever one of my parents’ priorities.  I had actually never been to a cottage until I was in my early 20s. I’ll admit it was nice to sit on the dock and relax, but I can only do that for so long. My alcohol tolerance is quite low, so I wouldn’t be able to spend the whole weekend drinking, unless I wanted to be passed out and severely hung over the next day. So, no thanks.

The idea of buying a cottage and splitting the cost with several family members has been brought up more than once in conversation from both sides of my family. While they seem very enthusiastic and eager to buy one, I am totally against the idea. The only reason why I would want to buy a cottage is if it was going to be used as a rental property.

Let’s face it. Buying a cottage means buying another house, except it’s much further away and you barely live in it. It means another mortgage. It means another house to maintain which can translate into spending a lot of your precious summer weekends, (which are far and too few when you live in Canada) fixing stuff.

I already have a house of my own to clean and maintain. I don’t want another headache and unnecessary work that isn’t going to help me out in the long run.

I understand that if you have kids or are planning on having kids, having a cottage would be a great idea. It could be something that you could keep in the family for future generations.  Since we are a DINK (dual income no kids) couple and most likely will stay one, having a cottage is not in our best interests.

Unless you are paying someone to maintain it for you, I feel that owning a cottage is a lot of work, which is why I would rather rent it out to people to use and help pay down the mortgage. Sure, you run the risk of having crappy renters who trash the place, but you have the power to decide who you want to rent it out to.

I love travelling. Not just cruises or going to an all-inclusive in Cuba or Mexico, but REALLY travelling. I would rather go somewhere exotic and explore a new country, than drive four hours to the cottage. I don’t even think that would change in 30 plus years when I retire.  I can’t sit still for long periods of time, which is why neither of my jobs are strictly desk jobs. I know you do things such as hiking or canoeing, but even that gets boring for me as well.

If you don’t have a cottage in the family and you want a cottage experience, but don’t want the work involved, then it’s best to make friends with someone who has a cottage or just rent one out with a group for the weekend. That way, the only costs you have to worry about are gas (which right now is a HUGE cost), food and alcohol.

Do you have a cottage? Do you think owning a cottage is worth it?

11 thoughts on “Why Owning a Cottage is Not for Me”