Ever since I discovered the perfume and cosmetic store Sephora, I have fallen in love with it. I love how the people who work there are very knowledgeable and helpful. This says a LOT, coming from someone who is absolutely clueless about hair and makeup. I’m a pretty low maintenance gal in the beauty department. I’ve always been the black sheep of the family when it came to having knowledge in this area. Lucky for me, I’ve always had friends and family who were willing to help me out. There have been a couple of times where I have been the guinea pig for makeovers. 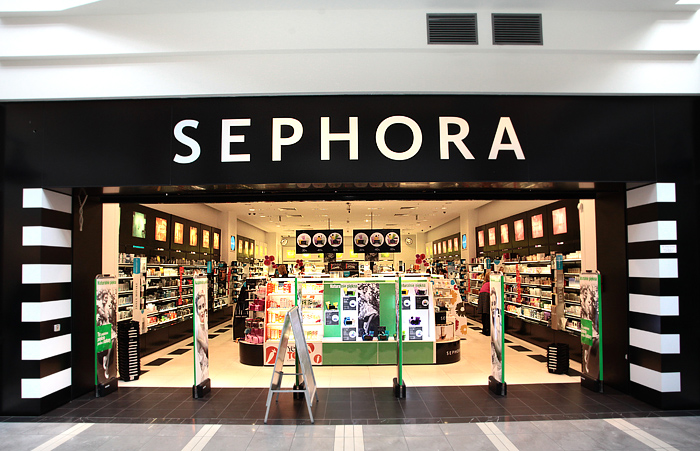 Being a frugalista for the most part, I’ve always looked for beauty products more on the lower end. However,  it was a completely different story when it came to the appearance of my skin.

Growing up, I’ve always had acne. Even now, I still get it from time to time, but not as bad as it was when I was a young adult.  As far as I could remember, it was minimal in high school.

I didn’t really start to break out until I was in university and was overwhelmed and overloaded.  Stress got the better of me and my face. I spent so much money trying different creams, soaps, lotions, prescribed medications, Proactiv and even went as far as going to an acne specialist to get cortisone injections into my pimples that were the size of golf balls (ok fine, I may be exaggerating, but they were pretty darn big!). You had to pay for those injections up front and could get reimbursed for them later.

Before drug stores started selling higher end makeup and skin care products and before I knew of better quality skin care products, I would use the lower end brands found in the store. You know, the brands that would have commercials on television with celebrities claiming that this cleanser helped get rid of acne. I highly doubt they actually used it on their own skin and probably most of them had the perfect skin to begin with.

It was like the saying, you get what you pay for.  None of the drugstore stuff really worked. Those products were cheap and left me with little to no improvement in my skin.  The same also went for makeup. The prescribed medications worked for a while, but then my skin seemed to get used to it and then they would lose their efficacy. I would then have to go to the doctor to get a prescription for a medication with a different formulation.

Another thing I noticed with the lower end brands was that in terms of foundation and powder, back in the day, a lot of them didn’t have many in-between shades for people from certain ethnic backgrounds. I had this issue, thus I had to splurge on the higher end brands in order to get the proper shade of powder that matched my skin tone.

While I tend to go for lower prices on certain things, skin care and makeup is the one thing I am willing to splurge on.  I believe that it is worth it. In many cases, I have found the quality is there and because I don’t really need to look done up for either of my jobs, I use make up quite sparingly or wear the bare minimum on a daily basis.

Heck, I wrote this post with NO makeup on. Ha. Ha.

I know that eating cleaner could probably help the appearance and condition of my skin. Mind you, I have been making an honest effort to swap certain products for healthier alternatives and eat more produce and less fast food. However, I’m pretty unconventional and so are my jobs.  I work in environments that can potentially wreak havoc on your skin and the many hours in those environments doesn’t help too much either. Every job has its hazards. Some more than others.

Do you tend to spend a lot on skincare and/or beauty products? Why or why not?

13 thoughts on “Beauty Comes at a High Price”