Every so often I chip in my share to help pay for work lottery tickets.

According to my budget spreadsheets, it appears I have contributed $60 so far.Unfortunately, I haven’t been diligently adding it to the spreadsheets, so the amount could easily be a bit more. It may largely have to do with the fact that I am using cash and not getting a receipt for it, so I have to give myself a mental reminder or put a reminder in my phone to add it to the spreadsheet. 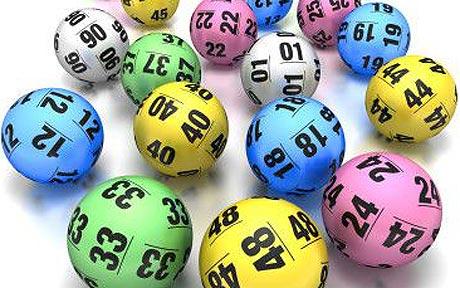 I still go into work 4-5 days a week because we still haven’t won the big jackpot yet or any large sum of money for that matter. All we have won so far is free tickets and small amounts of money. Amounts that are too small to be split among more than 20 people.

As a frugal person and personal finance blogger, I’m not a big fan of throwing away my hard-earned money and try my hardest not to do so. I’m not going to lie; it kills me a little bit every time I give my $20 for the work lottery pool. I’m not a big gambler. I never was. With the exception of participating in the work lottery pool and winning $9 in scratch n win cards (they were part of a stocking stuff), I don’t spend money playing the lottery.

Whenever I’m in line at the grocery store and I see people forking over money to buy lottery tickets, I almost want to stop them and get mad at them for wasting their money. What are the chances that they will be the next jackpot winner?

Now I know you see regular hardworking people in the newspaper who won the lottery with a big grin on their face, holding that gigantic cheque with a lot of zeros following that first number.  You hear about groups of people at work winning the big prize and getting their huge piece of that pie.  So you and I think if they can win, then why can’t we?

I know it. You know it. It most likely won’t happen.

However, I keep putting in that $20 whenever it’s collection time. I know it sounds stupid, but I wouldn’t want to be the sucker that got left out if they ever did win the jackpot. Could you imagine? Everyone else quit their job or is planning on retiring earlier than expected.  Everyone except me. All because I decided to boycott the lottery pool that one time.

Several of my coworkers play the lottery outside of the pool as well.  My dad also plays the lottery. He has won several times (nothing too big though, mostly amounts in the several hundred dollars range).

A long time ago, when I was in elementary school, he won $10,000 playing the sports lottery. For reasons I can’t remember, I was bragging about it to all the kids in school and everyone thought I was rich. I guess I was really proud of him. Looking back at it now, if that happened again, I probably would have kept my mouth shut. Sometimes people will look at you in a different light if they find out you have a lot of money. At the time, $10,000 was a lot to me. Even now, I still think $10,000 is a lot!

He doesn’t play sports himself, but he’s a sport stats fanatic. He’ll check the football, baseball, hockey and basketball stats almost every day and as you know, it has paid off.

I would almost rather people look into playing that kind of lottery, because although you may not win $25 million, the odds of winning decent amounts are much higher. I work with a lot of guys and they are constantly talking about sports and sports stats, so it really surprises me that there isn’t a sports lottery pool at work.

Do you have a lottery pool at work? Do you participate in it? Why or why not?