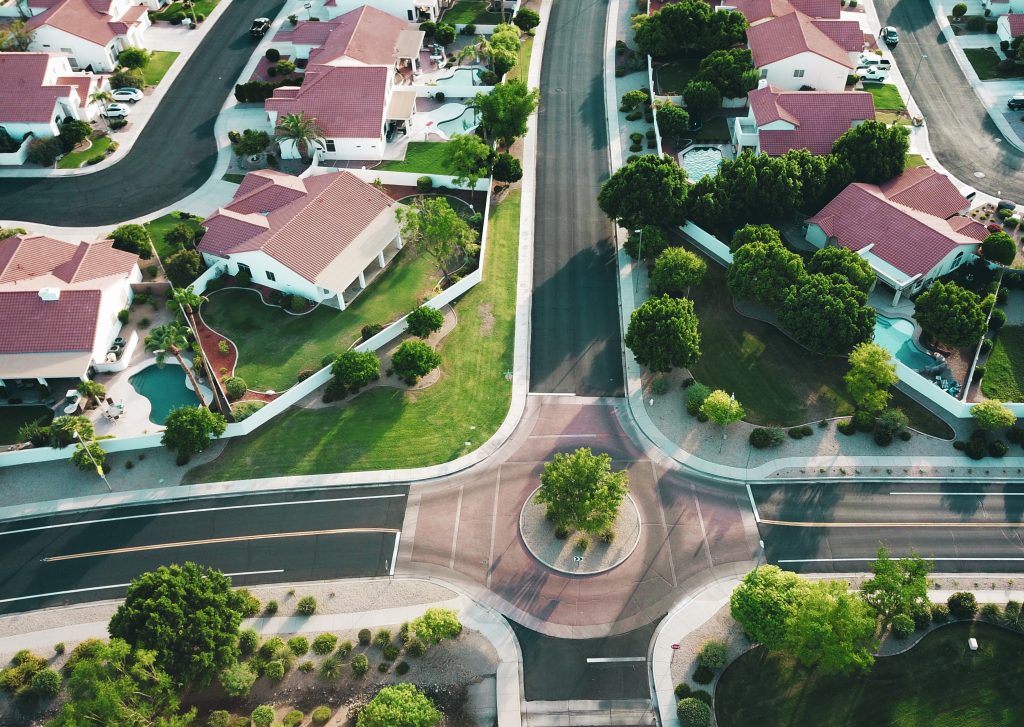 Is it Cheaper to Leave the City?

Perhaps you have grown tired of the busy city traffic and noise. The solitude of the suburbs may seem like an answer to all your urban woes. Before you uproot from the city and move to greener pastures, there are many things you and your family should consider. As you weigh the pros and cons of life in suburbia, here are a few unexpected expenses that may have you asking  if it is really cheaper moving to the suburbs.

Hidden Costs of Moving to the Suburbs

Most suburban neighborhoods do not have efficient public transportation, so you will need a vehicle to get around. Since things are more spread out, you will spend more time completing daily errands. In addition to the extra drive time, you will also spend more money on fuel each month .

Moving to the suburbs means that you will also have a longer commute if you work in the city. Remember to include the cost of tolls, parking, or public transportation when calculating your monthly expenses. According to the Housing and Transportation Affordability index, suburban commuters pay 15% more each year in transportation costs. This figure surges up to 28% in more inaccessible locations.

Homeowners can predict some expenses of property maintenance, but nature has its own plans. If you live in an apartment complex, your responsibility begins and ends at your doorstep. Any problems with the roof, basement or foundation fall on the shoulders of the building management.

However, there is greater liability when you move to the suburbs. Homeowners are responsible for damages from storms, flooding, and trees on their property. A burst water pipe or hail storm is more costly than you might expect. These out-of-pocket expenses may have you thinking whether it’s really cheaper moving to the suburbs.

Property taxes are subject to increases every year. New laws and gentrification can also affect how much you pay annually. When the value of your home or neighborhood goes up, so do your taxes. What’s more, homeowners only have a short window in which to appeal increases with the local government. If your salary raises can’t keep up with taxes or you have a costly emergency, you could find yourself in serious financial trouble.

Surprisingly, you actually pay more for groceries in the suburbs. Since there are more supermarkets and grocers in the city, urban food suppliers lower prices to beat out the competition. Although you may have more space in the suburbs, you also have fewer shopping choices. However, as a city grows so do the variety of products available, if you don’t mind driving.

Opposed to city dwellers, suburbanites spend significantly more for power and energy. This is largely caused by HVAC costs and warm air escaping your house. Replacing doors and windows can help reduce your bills. However, energy costs will be a big portion of your monthly budget.

Before you decide to move to the suburbs, take some time to create a budget. You should also research the average property expenses for the neighborhoods where you would potentially live. While you may think it’s cheaper moving to the suburbs, there are several hidden costs you should take into consideration.

I recently read a New York Times opinion article about the trend to have suburbia in the city. It caught my eye specifically because it highlighted changes in San Francisco, which is where I live. I live here because I love the city, with all of its pros and cons. I don’t enjoy spending time in the suburbs, so naturally, I’m a bit skeptical about this trend.

What Does It Mean to Have Suburbia in the City?

Before I read the article, my mind immediately drifted to the store Target. I moved to San Francisco about fourteen years ago. When I did, there was no Target in the city. We had a Best Buy and a few other similar large chain stores – mostly out of the way in areas that I didn’t typically walk around. But then Target came in.

I hated it at the time. I still don’t really shop there much, although I admit I’ve been in a time or two to pick things up because it’s convenient. But increasingly I see chain stores here and there. My own street of mostly local restaurants now has a few big names you’d recognize if you’d traveled here from somewhere else.

I don’t like it. If that’s what it means to have suburbia in the city, I’ll pass. After all, if I wanted that cookie-cutter life, I’d certainly prefer to pay far less than city rents to have it. One of the key points in the article is that those people who do decide they want suburbia in the city will pay a pretty penny for it. It’s not as cheap as actually moving to the suburbs.

Bringing in the Good Parts of the Suburbs

The article does mention those chain stores. It highlights the fact that people used to flee the cities for the suburbs in order to start families. Now they don’t. So perhaps they want some of those creature comforts – those familiar foods, those familiar stores. But that’s not the thrust of it. What it seems the article wants to highlight is that there is a way of life in the suburbs that people yearn for in the city.

It specifically mentions The Landing apartment building, in which residences are clustered around yards. Ah, yards. Yes, we don’t have too many of those in the cities. Having a dog myself, I can see why there are people who long for the yards of the suburbs. Personally, I’m okay with visiting the local parks every day. But a yard does sound appealing. You can grow vegetables in The Landing’s planter boxes and rest on their hammocks. I get the appeal in that.

What People Want is Connection

What I realized in reading the article is that it’s not really about suburbia in the city at all. It’s about connection.

Historically, people may have found a strong sense of connection and community in the suburbs. All of the kids would run from house to house to play with their friends. The cul-de-sac was a safe spot for football games. Neighbors joined one another for big backyard barbecues.

To be honest, I never experienced that living in suburbs or smaller cities. I have always found those places to be isolated. People seem to stay in their own yards, in their own cars. I, personally, have found so much more connection in the city, where I walk or ride the bus, visit the park, and talk to strangers.

But I can certainly see how the city can feel disconnected for people. If you’re walking with your headphones on then you’re not connecting with people. And so, I can see the appeal of The Landing, which is really all about creating community in your own little part of the city. You get to connect with your neighbors. If you can do that while lounging in a hammock, that sounds wonderful (although I question how many days per year the weather in San Francisco is really hammock weather.)

So, I think suburbia in the city could be good or bad – depending on what it means. When it creates connection and adds a little convenience, great. When it makes a city look like every other place in the world, I draw the line. 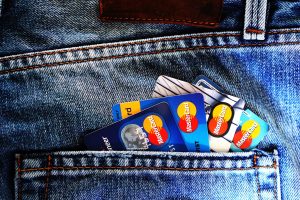 When you fix your credit, you are one step closer to financial freedom. But, how do you do this?

Credit comes with its many benefits and of course its negatives. It takes careful, responsible spending and timely repayments in order to really see its positives and not experience its dark side.

Those in need of repairing their credit know how difficult it is to be approved for loans, receiving lower rates and getting ahead. But, there is good news. You still have hope and can fix your credit.

Fixing your credit can help you get closer to financial freedom. Here are some great tips to help you get started:

Continuing with credit seems counter-intuitive, but using credit is a great way to achieve a good score. As long as you pay them back immediately, do use your credit cards. You also want to mix up the type of credit you use (i.e. installment accounts such as mortgages and revolving accounts such as lines of credit). Don’t wait to repay; not only does this harm your finances due to interest rates, but it hurts your score as well. Your payment history is one of the key factors of determining your credit score. You want to make sure you can prove to credit card companies you’re capable of timely repayment in order to improve your rating.

Opening a savings accounts helps to reach a favorable credit rating. As simple as it may sound, this does show companies that you are financially responsible and have the resources to pay for debts.

Spread out your disputes

You can dispute items from your credit reports. If you do, however, just be sure to spread them out and do one item at a time, starting with the most damaging or largest items first. Disputing too many things at once signals a red flag to the credit bureau, and they could consider them to be insignificant. Make sure to really take time to examine your report.

This one is pretty simple. Just because you have a $5,000 limit each month does not mean you should reach or max it. Keep your balances low so that they are easier to handle.

Get your monthly report

Tracking your monthly activity with your credit is just as important as tracking your other expenses each month. If something seems off, you will be able to dispute it right away. This is a good habit to develop. It will be a cost to get them monthly, but it will be worth it to keep you on a favorable path. To ensure your report and activities are current across the three major credit bureaus, retrieve reports from Equifax, TransUnion and Experian yearly. Not to mention, you’re able to get one free report from each bureau each year under the Fair Credit Reporting Act, making the cost of credit maintenance low.

If you’ve put yourself in a bad situation with your existing debt, you generally should avoid opening more credit cards or loans to pay off what you have. This can really cause the problem to continue to spiral out of control. Instead, you need to start focusing on ways to reduce this debt in order to fix your credit. On the contrary, there may be times where it is OK to open another credit card in order to generate some positive credit history. A secured credit card, which requires a deposit that serves as your limit, could be the answer for you in those sticky situations. Just don’t sign up for unnecessary credit cards.

Know that this process will take time and dedication before you start to see improvement. There will be a many ups and downs on the road to credit repair, but try not to get discouraged. Make it a priority so that you can work toward that financial freedom you’ve been dreaming about for a while now. If you feel overwhelmed by the process, just take things one step at a time. Create better spending habits in order to ensure you are not in a situation like this in the future.

What steps are you taking to fix your credit? What route has worked best for you?