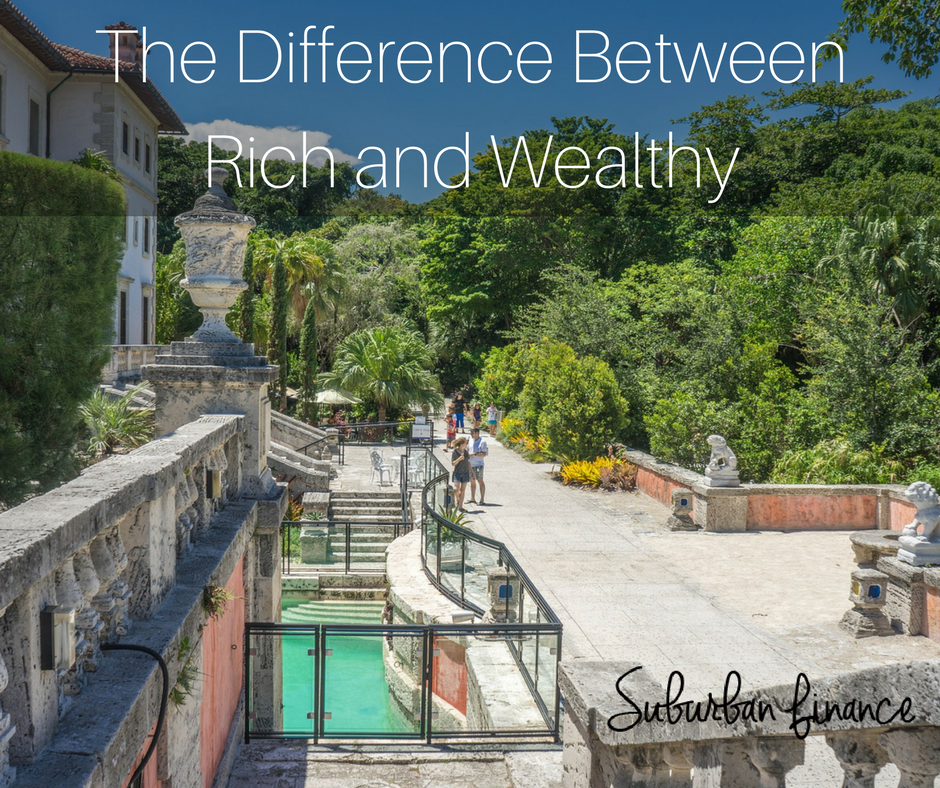 I remember writing in my diary once at the age of 12 that I wished my family were rich so we could afford certain indulgences like a swimming pool. The 12-year-old version of me wanted so badly to have a chlorine-treated hole of water in our backyard and thought this would bring my middle-school-pre-adolescent-self happiness. I was wrong. I was also immature with little life experience. At the time, I saw rich and wealthy as the same concept, understandably so. People can see the clear difference between rich and poor but not between the two words that both seem to mean having an excessive amount of money. There are many varying opinions on these two terms, so what is the difference between rich and wealthy?

The Difference Between Rich and Wealthy

Although Merriam-Webster Dictionary lists rich and wealthy as synonymous, both have conceptually different meanings. You might be rich with a large sum of money in the bank, but it does not mean you are wealthy. However, if you are wealthy, you could also be rich. Why is this?

What It Actually Means to Be Wealthy

When you close your eyes and imagine someone who is rich, what comes to mind? Likely, you’re seeing something similar to what I see, which is a large beautiful home, a luxury vehicle (or two), a spa-like backyard, and an overall extravagant lifestyle. While this may be accurate, there is one thing we don’t know about this mystery person: their financial plan to maintain said lifestyle.

Being wealthy is more than just having a lot of money. In fact, the difference between rich and wealthy is fairly simple; it all comes down to mindset, knowledge, and resources.

Dandan Zhu, Headhunter, Career Coach, Investor, and Podcaster Daily DANDAN, explains in this May 23, 2017, Quora post that being wealthy is not about how much you make but rather the strategies you take to make more than what you spend. She states that wealthy people will fare well in the following categories:

New York Times columnist Paul Sullivan wrote in his book, “The Thin Green Line: Money Secrets of the Super Wealthy,” that people are wealthy because they have created financial security for themselves. In other words, according to Sullivan, they are in complete control of their money.

In an interview with Jessica Khorsandi of DujourNews.com, he says, “Rich to me is a number. It’s a bank statement, a broker’s account, perhaps it’s a number associated with the value of your house or the price of your car, but it doesn’t give you any security. It doesn’t tell anymore about your level of comfort in life. As we saw in 2008-2009, those numbers weren’t always enough.”

If that’s not an eye-opener, I don’t know what is.

When you only focus on what you have rather than how to build stability, you’ll find you’ll lose yourself fast. Many celebrities and professional athletes, such as Allen Iverson, have made this mistake, getting caught up in the lifestyle and materialism rather than creating financial freedom for themselves. Now, instead of living the dream, these individuals are finding ways to pay for their once lavish lifestyles and debts.

Instead of trying to earn your first million, put your attention toward improving your net worth, creating multiple streams of revenue, and building strong savings for cases of emergency, other investments, and the like.

What are your thoughts? How do you define the difference between rich and wealthy?