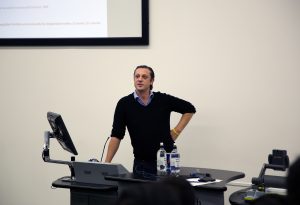 Ex-Goldman Sachs professional trader Anton Kreil found stardom after his appearance on the hit reality series Million Dollar Traders. On the show, he managed a group of amateur investors. Sometimes, reality TV can hurt one’s career, but other times, it can pay off big. So, how did this affect Anton Kreil’s net worth? Let’s find out.

Before Million Dollar Traders, Anton was already a success. He began investing at the age of 16, and by his mid-20’s, he became employed at JP Morgan as Vice President of European Equities. But, his life did not start off wealthy.

According to a 2012 article in ADVFN Financial News by Azeez Mustapha, Kreil was born into a poor family in 1979 and continued to live in hard times throughout his teenage years. When he attended Manchester University from age 18-21, he studied economics and began his career in finance, working also at Lehman Brothers and Goldman Sachs. By 28, he retired from the investment banking industry and traveled across the world.

In a biography featured on Financial Times, Kreil states that in 2008, after finding himself through his travels, he returned to London and agreed to be a part of the BBC’s reality show Million Dollar Traders, which had the goal to educate and entertain.

Following his appearance, the attention he received prompted him to take his career one step further by launching an online video series known as the Institute of Trading and Portfolio Management. This professional training makes trading understandable and achievable to the average individual. He states on his website that he was inspired to design his own course after he went on the road in the U.K. for three months and saw that what he was teaching was understandable.

He currently sells his courses in two different options: one month of access for $1,499; or 12 months of access for $2,999. He also organizes free seminars in New York, Toronto, London, Dubai, Singapore, Hong Kong and Australia for traders of all levels, from beginner to advanced, in an effort to improve their education and results.

As of 2016, Anton Kreil’s net worth was estimated to be more than $8 million. He has been able to accomplish this wealth through his time of attaining financial trading knowledge at such a young age. In fact, he was only 20 years old when he began at JP Morgan. Reports on his personal life say that he was determined to get out of difficult money situation since he was 13 years old, and he made sure to make that happen when he went to college.

In addition to his online training classes, he also offers personal mentoring. Even prior to his launch of the Institute of Trading and Portfolio Management, he trained many of the leading professional traders in Europe, according to AntonKreil.com.

In 2012, he gained even more attention by announcing his personal goal of breaking a record and becoming the first trader in space. He began training for this feat that same year. You can watch him announce this ambition at the 2012 annual Trading the Market Conference in London:

Although his courses are met with some criticism on price, he has been able to take his personal life experience and turn it into an on-going income.

One thought on “What is Anton Kreil’s Net Worth?”