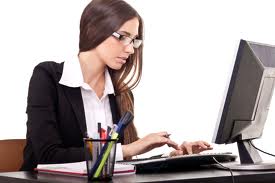 This post is by Derek from Life and My Finances. Stay in the know with updates from all of our contributors by subscribing to our RSS Feed

When you’re at work, your boss probably isn’t too happy when he/she sees you standing around doing absolutely nothing. Unless your hands are busy with work, they assume that you’re just goofing off or being lazy. After all, production is measured in products produced, not in the number of times you blink.

When it comes to wealth though, I believe that the wealthy are the ones that are often idle and are seemingly do nothing and it’s the poor that never stop to think about what they’re actually doing. You may have heard this example, but it’s a classic and it explains my point perfectly.

Bruce is a bucket carrier for his village. Every day, he wakes up early in the morning, grabs his buckets and begins his walk toward the riverbed, which is miles away. Throughout the day, Bruce makes various trips to and from that riverbed to provide his community with fresh water.

For the workaholic, they would be thankful that they had a job and wouldn’t think any more about it. For the wealthy thinkers however, as they review their blisters after a hard day’s work, they would just continually think to themselves, “There must be a better way!” Within this scenario, the workaholic, poor thinker would carry those buckets for life, but after some time, the wealthy thinkers would finally come up with a solution, a pipeline. Instead of hauling those buckets all day, they’ll take the time to build a pipeline from the river to the village. Suddenly, they’re not observing blisters – they’re counting the continually growing mound of cash because of that continuous water flow into the village each day.

If you want to be the wealthy pipeline builder, you have to slow down once in a while. It sounds counterintuitive at first I know, but doesn’t it ultimately make sense? Unless you stop and first observe what you’re doing, you’ll just continue to do things the same and you’ll stay broke for life.

While it’s important to stop and think, if you have no knowledge beyond what you’re already doing and you aren’t actively trying to learn more, then nothing new will spark in that noggin of yours. Instead of working yourself to the bone, try going to the library and picking up a book once in a while. If you’re not much of a reader, then perhaps you could find a documentary or an instructional video on something you’ve always wanted to learn. If you want to continue to grow in life, then you must continue to learn.

Once you learn to slow down once in a while and observe your process, and you learn more through books and videos, you now have the knowledge and the time to implement a new process or procedure, or perhaps it’s an entirely new business idea. Take action on your thoughts, and then repeat the process. Stop, think, learn, and act. If you follow this pattern through life, you’ll most certainly be joining the wealthy.

Finally,  as I said earlier, your thoughts need food to process.  One classic piece of research on millionaires in the US is The Millionaire Next Door

. The book was written by a couple of marketing professors, Thomas J. Stanley and William D. Danko.  Stanley and Danko’s book is key because they used actual interviews with millionaires to research how America’s rich became wealthy. What they found was that millionaires owned boring profitable businesses or were self-employed. They also found that millionaires took advantage of tax-deferred investing strategies and made decisions which emphasized saving and investing over conspicuous consumption. If you are seriously thinking about how to get rich, buy and read

19 thoughts on “Why Thinkers Grow Rich and Workoholics Stay Poor”