New Year’s Eve is fast approaching, and soon we’ll be ringing in a new year with champagne, limos and cigars. Right?

Yeah, not so much. Every time I’ve ever gone out for new year’s eve, it’s been incredibly expensive. New Year’s Eve on the town can costs hundreds of dollars, and that’s if you don’t have to pay a babysitter to watch your kids on the big night. 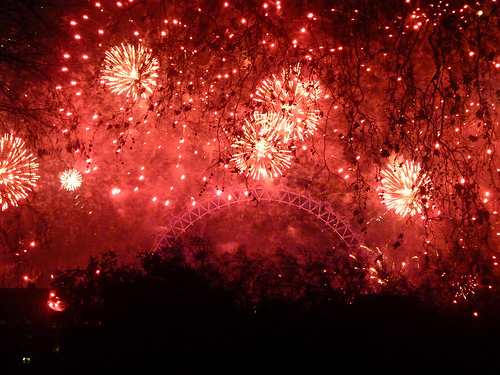 I’ve never been a huge fan of going out on New Year’s Eve. I find the crowds annoying, the prices insane, and the atmosphere generally overwhelming. I’ve had a lot of fun at home over the past few years during New Year’s celebrations, and I think this can be achieved by anyone frugally if you put your mind to it.

Be like the hipsters (who Kali at Common Cents Millennial says we could take a tip or two from) and stay home and play board games on New Year’s eve!

This may not be as “cool” as clubbing, but it’s so much more fun. Invite friends over, pick a few competitive board games (and maybe learn a bit about personal finance in the process), and play away!

To make it more New Year’s Eve-esque, pick up a bottle of your favorite liquor and make it a drinking game. There are even ways to save on booze.

Even if you don’t want to throw your own house party, there are always a million house parties to attend on New Year’s Eve.

House parties are actually a really great way to meet new people, so I’d recommend bringing a bottle of wine (or, if you are in college, Malibu.. haha) and head on over to a friend’s party.

If you’d rather have control over the festivities, you can throw a party very inexpensively. Ask your guests to bring a potluck dish and bring their own booze, which is very acceptable on New Year’s Eve, and have a fun, cheap New Year’s Eve.

As I grow older, I find myself loving dinner parties more and more. They are relaxed, fun, and intimate. Perhaps because my preferences tend to lean on the side of “introvert”, I really enjoy having a handful of friends and family members over for some food.

Again, you can keep costs down and keep your new year’s eve cheap by asking everyone to bring a dish or a bottle of wine.

Same goes with a cocktail party.

It’s really not as hard as some people think to find cheap things to do on New Year’s Eve. Avoid the bars, clubs, and casinos, and have your friends and family members come to you to celebrate the new year!

(Staying home or going to a friend’s house is safer, too. No drinking and driving!)

How are you ringing in the new year? Any big plans, or are you having a frugal night?

39 thoughts on “Cheap Things to Do on New Years Eve”