For most of us, we earn our income. We wake up and head to a job that pays us an hourly wage for being there. There’s absolutely nothing wrong with that, but if you want to earn true wealth, it is incredibly difficult to do on earned income alone. Passive income is the way to go. 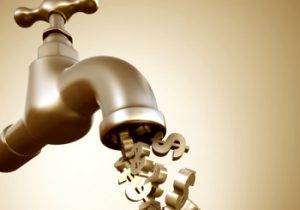 What is Passive Income?

Passive income is exactly as it sounds. It is income that comes in regardless of whether you lift a finger or not. It used to be that all you had to do was go to the mailbox to get your check, but today everything is just directly deposited into your account, so you literally don’t have to move a muscle! Hence the word “passive”.

Now, of course there must be some work involved in order to earn an income. But, the difference between passive income and earned income is that for passive income, you do the majority of the work upfront before there’s even a chance of getting that direct deposit. There’s a chance that your hard work will make you very wealthy in the future, or your tireless efforts might never produce a cent! This is the challenge of passive income. You really need to have a great vision for the future and trust that your efforts won’t be for nothing.

The classic example of passive income is from Bruno, the bucket carrier. Every day, Bruno would get paid to carry buckets of water from the stream to the village. The pay was good, but Bruno thought there must be a better way! After thinking for a few days, he figured that he could dig a trench from the stream to the village and water would flow freely. He took his idea to the governing counsel of the city. If his idea was a success, he wanted to be paid 1 cent for each cup of water that came in through his trench. The city leaders thought he was nuts, but they agreed.

Bruno worked early mornings and late nights, all with the hopes of making great wealth, but got paid absolutely nothing until his job was completed. Finally, the day came when he reached the village. Many people laughed at him when he was working for nothing, but now they realized his vision. He could simply sit in a chair and effortlessly collect his money while the village received their water. His money was now entirely passive.

Get Rich Through Passive Income

Passive income is starting to sound pretty good isn’t it? But how could someone earn passive income today? There are quite a few avenues actually. One of the most well-known is renting out real estate. It’s been around for a while, but this practice is still producing many millionaires each year. If you’re a talented writer, collecting royalties on your book qualifies as passive income. Music also counts as passive income since you’re collecting money each time someone purchases a song (with no continual effort on your part). If you can think of a way to work hard now, but collect money continually in the future, then you’re well on your way to developing a passive income. Do this again and again, and you will soon be a very wealthy individual.

17 thoughts on “Get Rich With Passive Income”