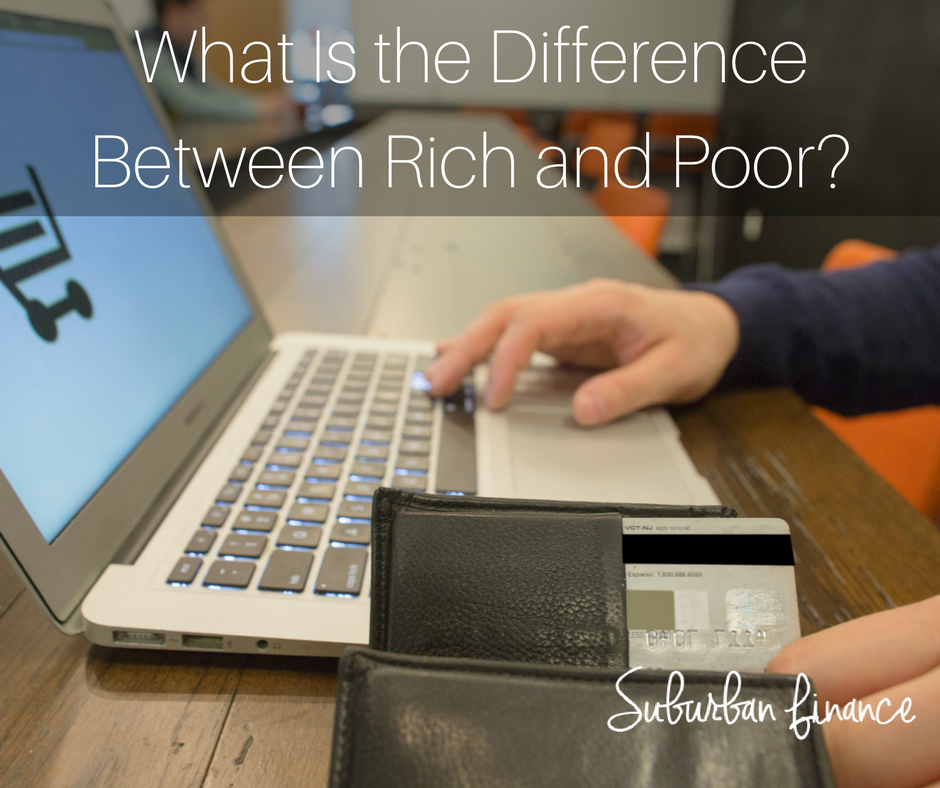 According to the United States Census Bureau, the official poverty rate in 2015 was 13.5 percent, which is actually down 1.2 percentage points from 2014. However, despite this decrease in U.S. poverty levels, there is an increase of individuals who consider themselves lower middle class or poor. In an article by Geoff Williams posted on U.S. News’ website on April 24, 2014, Geoff reports that, based on numbers by the Pew Research Center, 25 percent of people considered themselves poor in 2008; today, 40 percent believe this. So, why is this? What is the difference between rich and poor? And is there anything we can do to change that?

How the U.S. Defines Poverty or Poor

The middle class, though, is a little harder to define, but that is another article for another day.

What Is the Difference Between Rich and Poor?

The obvious differences between those considered rich and poor include income, housing, food, and lifestyle. But, when we dig deeper into the topic, there is actually so much more to it than that.

Motivational speaker and author T Harv Eker notes one big surprising aspect to getting rich in a post on his website from February 2: adding value to people’s lives. Being rich, he says, is not all about you. The more people you help, the richer you become in all senses of the word: emotionally, spiritually, and financially.

Another major factor that Eker attributes to the difference between rich and poor is that rich people see opportunities and poor people see obstacles. There are no “ifs” for what they want to achieve but rather “when.”

Tom Corley, who is also an author and speaker, spent five years studying poor people and their habits. Along with gambling, he found that wasting time comes into play. This can be anything from watching reality TV to spending unproductive time on the internet.

“Time is money,” he says. “The rich understand this.”

He adds that 65 percent of the rich created at least three different streams of income in their lives. The poor, on the other hand, only relied on one.

Just as the difference between rich and wealthy is about mindset, the difference between rich and poor is all about habits. There is a famous quote supposedly said by Bill Gates that goes, “If you are born poor, it is not your mistake. But, if you die poor, it is your mistake.” Whether or not he actually said this is still a bit of a mystery, but regardless, the meaning rings true.

You have the power to change your financial situation, and believing that is the first step. It won’t be easy, but it will be worth it.

What are your thoughts on the topics?