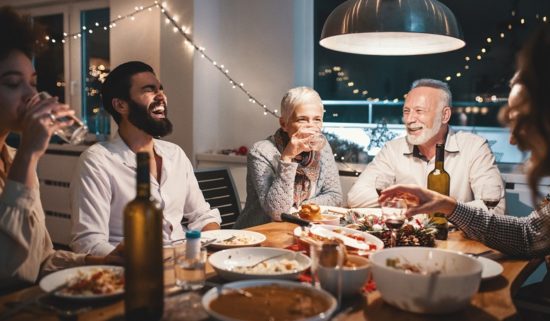 Why do millennials live with their parents more than any other generation does?

It’s logical that younger generations are more likely to live with their parents in a non-caretaker capacity, even in the best of times.

Millennials suffered the added indignity of coming of age during one of the worst recessions in history while dealing with prohibitive student loan debt.


15% of Millennials Live with Their Parents

Previous information from the Pew Research Center found that in 2016 – after years of economic recovery – 15 percent of millennials surveyed still lived with their parents.

A recent survey by Simply Self Storage, a nationwide provider of storage space, verifies that millennials still make up the majority of those living at home with their parents.

This survey found that approximately one in seven millennial survey respondents are still living under the same roof as their parents – not far off from the 2016 Pew Research Center findings.

While only 9 percent of survey respondents live with their parents, a whopping 65.8 percent of that 9 percent were in the 18 to 34 age group.

Examining the state-by-state data reveals some of the underlying reasons. The Northeast leads the way in percentages of millennials living at home, led by New Jersey (46.9 percent), Connecticut (41.6 percent), and New York (40.6 percent).

All three states have high costs of living, including rent or house payments. In such areas, it simply makes sense for millennials to stay at home if that’s an option.

Other areas with high costs of living, property values, and  taxes have similarly high percentages of millennials living at home. Florida (38.3 percent), California (38.1 percent), and Illinois (36.5 percent) are primary examples.

However, the Deep South shows a uniformly high rate of living at home – perhaps from a mixture of economic necessity and a culture more tolerant of generations living under the same roof.

In any case, millennials are rethinking what it means to reach full adulthood and the milestones required to get there.

The 2012 U.S. Census Bureau data shows that most millennials considered financial independence from parents and no longer living in their parent’s home as only “somewhat important” milestones to becoming an adult.

Completing formal schooling and achieving full-time employment were the top two milestones in the eyes of millennials, with 62 percent and 52 percent respectively calling those milestones “extremely important.”

Half of millennials cited the ability to financially support a family as an extremely important milestone. It’s hard to argue with those choices.

If you still live with your parents – so what? You’re well within your rights to do so regardless of your age, and you shouldn’t care what anyone thinks about it.

However, we do suggest that you have a plan that allows you to meet your long-term life goals, and stick to that plan.

Use your savings from living at home toward that goal – buying a home, paying off student loan debt, or socking away retirement money while you can make the most of compounding.

Later in life, you can repay Mom and Dad for their kindness, and extend the same courtesy to your own children if they need it. In the meantime, living at home also can help you build a solid credit history.

This article was provided by our partners at moneytips.com. Photo ©iStockphoto.com/gilaxia

If you enjoy reading our blog posts and would like to try your hand at blogging, click here to get started.