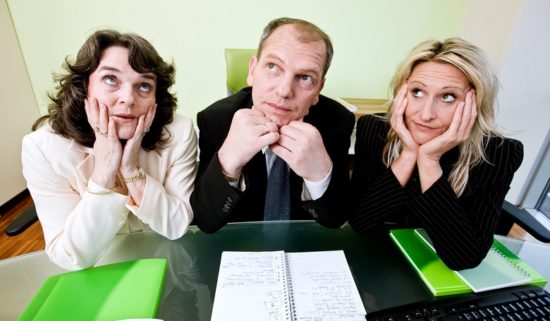 New Survey Shows a Bad Combination of Skepticism and Dependence

Are you counting on Social Security for most of your retirement funds – and if so, how comfortable are you that the funds will be there at retirement?

According to the recent Transamerica Retirement Survey of Workers, you probably aren’t comfortable at all.

A surprising 76 percent of survey respondents are concerned that Social Security won’t be there when they retire – including 65 percent of baby boomers, the generation entering their retirement years.

That may be because many baby boomers expect Social Security to be their primary source of retirement funds.

Only 29 percent expect to fund their retirement through defined-contribution programs such as 401(k)s, IRAs, and 403(b) plans.

At least boomers have the highest number of traditional company-funded pensions (11 percent) to fall back on.

Younger generations are even more skeptical of Social Security in the long run and more likely to depend on self-funded retirement programs.

At least four out of five respondents from generation X and millennials have doubts that Social Security will be around when they retire.

Approximately 40 percent of both generations will depend primarily on defined-contribution sources.

Regardless of the source of income, are workers setting realistic savings targets? That depends on retirement goals – but given that almost half (47 percent) of survey respondents say they guessed how much they would need, we suspect retirement savings are inadequate.

At least 23 percent estimated their needs based on current living expenses – a good start as long as you account for inflation.

Millennials stand out, with over half suggesting they could get by on $500,000 or less.

Unless they are expecting a very simple retirement and a minimum of financial mishaps, half a million dollars is unlikely to be enough. Health care costs alone may consume that much money.

According to Fidelity Benefits Consulting, a 65-year old couple in relatively good health who retired in 2017 is likely to need $275,000 to cover out-of-pocket medical expenses during their retirement years.

That figure only includes retirees covered by Medicare without any consideration of long-term or nursing home care.

The Fidelity estimate was only $260,000 one year prior. Given spiraling health care costs and general inflation, what do you think the estimate will be around 2046 when the first millennials start to retire?  In addition, consumers in states like California, New York or Pennsylvania probably need to purchase medicare supplemental insurance if they have chronic health conditions – lack of insurance usually has a detrimental impact on senior citizens budgets.

Save as Much as You Can

The message is clear – save as much as you possibly can outside of Social Security benefits if you want a comfortable retirement.

Even if Social Security is there when you retire, it will never be enough to ensure the retirement lifestyle that most Americans would consider acceptable.

Regardless of your dependence on Social Security, you should make sure that whatever benefits you will receive are calculated correctly. Correct any errors in your work record that could potentially reduce your benefits.

The best way to reduce worry about Social Security is to make sure that it’s purely a supplement for your self-funded retirement program – whether it’s a 401(k), IRA, pension, or some combination of programs.

Social Security was intended to be a retirement supplement, not the entirety of your retirement savings. Make sure that you treat it as such.

Regardless of where you plan to retire, the number one factor in ensuring that you can retire on your terms is your 401(k).

This article was provided by our partners at moneytips.com Photo ©iStockphoto.com/Nikada

Readers, what concerns do you have about whether and when you might be able to obtain Social Security benefits in the future? Please tell us about them by posting in the comments section beneath this post?

If you enjoy reading our blog posts and would like to try your hand at blogging, click here to get started.