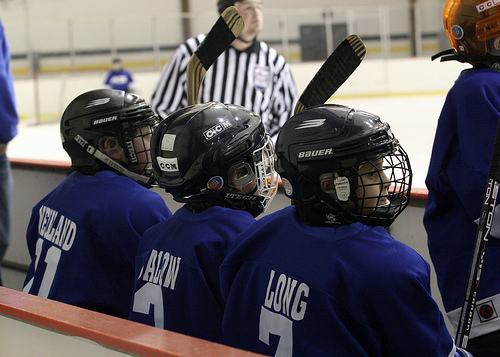 When it comes to hockey, I wouldn’t consider myself a huge fan. Although being Canadian and a hockey fan are at most times synonymous, it was never really my cup of tea. The only two times I would get into hockey were during the play-offs and during the Olympics (It was the Canada vs. USA battle for the gold medal). That was where the real excitement was. I thought watching it during the regular season was boring. Then again, I find watching most sports on television quite boring.

I live with a hockey player. His bulky and often smelly bag of hockey equipment has a home on the laundry room floor of our house. Looking at the size of his bag and how much equipment was in there made me realize just how expensive and unfortunately how exclusive hockey can be. It’s not like basketball or soccer where all you really need is a ball and a net. Anyone can pretty much play the game and the beauty of those two particular sports is that they can be played almost anywhere.   The athletes competing in the World Cup for soccer are truly a representation of the world.  Whereas for hockey, the professional players are often from North America or Europe. 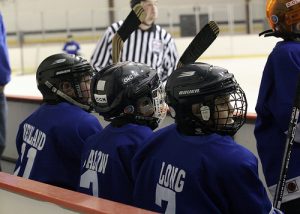 My common law partner plays hockey year round. He recently mentioned to me that the fee to play men’s league hockey for the winter season was $500 (CDN).  (I never even thought about asking about the cost earlier on because I knew it was something he really enjoyed and it helped keep him active). When I heard this number, I automatically thought holy crap. That is a LOT of money to move a puck around the ice.

It got me thinking even more. He’s an adult working full-time, so obviously he is paying it out of his own pocket.   He has two brothers.  They all played hockey growing up. I couldn’t even imagine how much that cost for his parents.  Kids grow and thus, they outgrow things.

When you think about it, that’s a lot of hockey jerseys, hockey skates and hockey equipment to go through throughout the years!

The following chart is a small sample of what some hockey equipment can cost parents. All prices are in Canadian dollars and have been taken from Sport Chek.

Even for the low-end total, that is still quite a lot of change. Remember, that doesn’t include all of the equipment! There are also hockey pants, shin guards, elbow pads, shoulder pads, mouth guards, compression shorts and jock/Jill straps!

Even if you can get most equipment used, it’s still a lot of money, considering all the equipment you have to buy.

What about the registration fee? It depends on the level of hockey and the location. If you’re a player competing for a spot on an OHA (Ontario Hockey Association) junior hockey team, you will have to pay a $300 league registration fee.[i]

Every kid should be given the opportunity to play sports. There are organizations out there that help encourage this. However if the child wants to get real serious about the game, then the spending can get real serious. It almost seems as if hockey can only be afforded by the wealthy.  Just how much would parents be willing to pay to support a child’s dream?

If hockey is recognized as our national winter sport, shouldn’t it be more affordable to everyone?