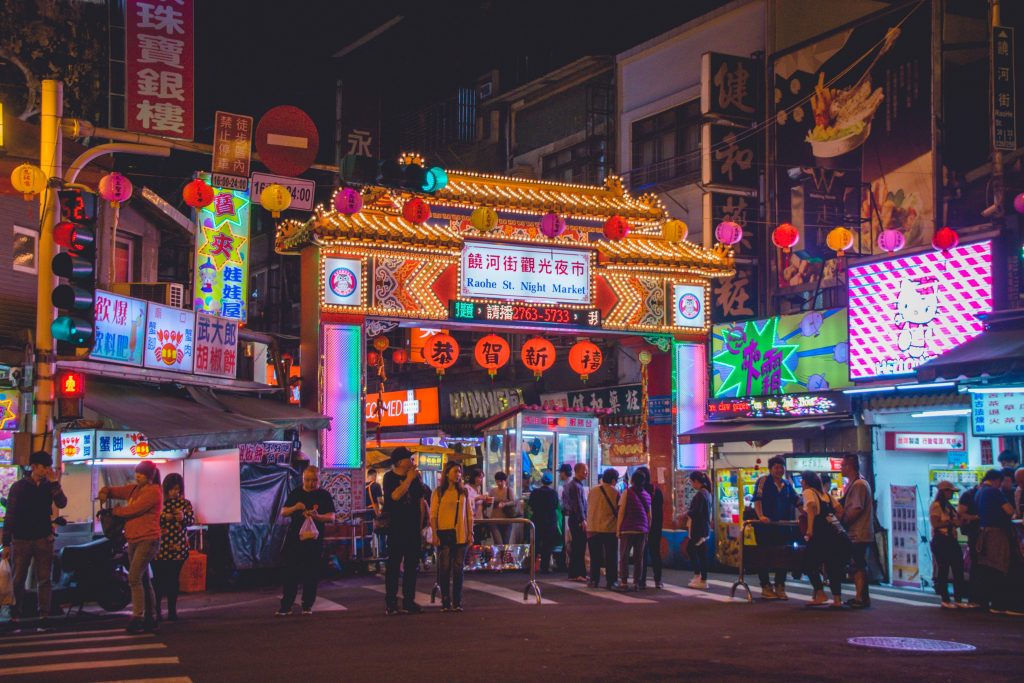 Some people spend their entire lives searching for their purpose in this world.  Although I have ventured down other career paths, I always find myself back at the same conclusion. I was born to be a teacher and have an innate passion for education. However, the American education system fails to pay teachers a livable wage. Many teachers choose to teach English abroad to help them get out of debt.

The Struggle of Student Debt

Any college student can tell you that a good education does not come cheap. My scholarships and financial aid covered a large portion of my tuition. However, I was still left with a large amount of debt to settle each semester. I had no desire to take out more loans, so I worked several part-time jobs and pushed myself to graduate early.

I also had the unfortunate luck of graduating the same year as the mortgage crisis. Being a part of the so-called “unluckiest generation” meant we were plagued with the burden of student debt, high unemployment rates, and slow economic growth. I  received a few job offers after graduation, but nothing that offered much hope to get out of debt. The teaching jobs were in the worst school districts and the salaries were on par with fast food workers. There was no possible way I could afford my rent working a single job, let alone build savings.

I sought advice from my mentors and family, unsure which direction to go. I ultimately decided that it was not in my best interest to accept such a low paying job. Rather than working a full-time teaching job and continuing my part-time side work, I chose to enroll in a graduate program abroad. While this meant accruing more debt in my pursuit of higher learning, I was able to finish my master’s degree in only two years at a fraction of the cost. My post-graduate degree also opened a myriad of doors that led me to other opportunities I had not even considered.

In my final months, I met some foreign exchange students who planned to use their diplomas to teach English abroad. We were all disenchanted with the unfulfilled promises of a college degree. The prospect piqued my interest, but the opportunity, salaries, and benefits packages seemed too good to be true. I had no desire to return to the United States to work a minimum wage job or live in my parents basement. I returned home with a sense of cautious optimism and a burgeoning plan.

I spent months comparing job offers in Latin America, Europe and Asia. I agonized over my decision before I realized it was time to stop dreaming and make it a reality. Ten years later, I can tell you  that it was the best financial decision I have ever made. While some postings are definitely better on paper, many ESL jobs offer competitive wages, free accommodations, flight reimbursements, and national health care.

By comparison, Asia offers the highest salaries with the lowest cost of living. This means you can maximize your savings and pay off your debts without resorting to a diet of instant noodles or a life of social hermitage. I was personally able to pay off all my credit card debts and student loans in my first year living in Taiwan, and have built a healthy nest egg that has allowed me to start planning for a more comfortable future.

The starting salaries for teaching English abroad differ from country to country.  Graduate degrees and certifications also secure better pay. Currently, the highest paying jobs for English teachers are in Japan, China, South Korea, Taiwan, Saudi Arabia, Kuwait, and the United Arab Emirates. The best paying teaching positions will likely take you to exotic and remote locales, but there are still decent positions in popular tourist destinations like Thailand and Vietnam. Some countries in the Middle East even offer contracts that pay up to $80,000 for only nine months of work if you are brave enough to travel there.

It was a difficult decision to teach abroad, but for me it provided the keys to my financial freedom. Many English teachers only spend a year or two before returning home to find employment, but I have chosen to make a career of teaching English overseas. I have been able to pay off all my debts, save nearly $1,000 each month,  have affordable health care and am rarely required to work more than 30 hours each week. While this may not be an ideal solution for everyone, it provided a clear path out of debt and helped me gain control of my life and finances. 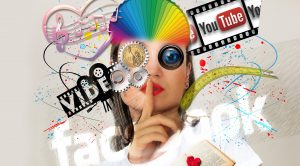 I previously discussed ways to make money using your personal brand. This week, I want to get a little more specific.

The ever-evolving internet continuously creates new opportunities for people of all ages. From philanthropic efforts to social media management, the world wide web is flowing with money. Being able to make a living from YouTube is just one way to cash in online.

Becoming a YouTube professional is more than about how many times your videos have been watched. Having a million viewers does not equal a paycheck. So, how do you actually make a living from YouTube?

The first thing to know and realize is that there isn’t just one determined avenue that generates money from your videos. While YouTube is now making it easier for individuals to monetize their content, guidelines still need to be followed before you can start making money.

To get started, your channel needs to follow the YouTube Partner Program guidelines to ensure it is eligible. In order to qualify, your content needs to be advertiser-friendly, complies with the terms of service and needs to have the permission of artists to use their music and the like. You can see more details of their Partner Program here.

Once you’ve determined that your channel follows the program guidelines, you can begin to set up your account to make money. There are four steps to take to do this:

Tips to Be Successful

If a large following does not exist on your account, this should be your primary focus. Here are a few quick tips to grow your following:

Relying on only ads will prove to be difficult to make a living from YouTube. Plus, before you can be paid from ads, you have to meet a payment threshold of a $100 minimum.Some of the most successful YouTube stars are able to make a living by going beyond the ads. In addition to monetizing their channel, they create opportunities with brands by featuring their products once they’ve built their online empire (if you will). A few ways to expand your revenue include but are not limited to:

In summary, the key to make a living from YouTube is to create quality content, grow your audience and recognize opportunities as they arise while simultaneously producing your own. It’s also important to recognize that high wages as a YouTube star is the exception, not the rule. If you are hoping to turn making videos on YouTube as a full-time career, my recommendation would be to study those who have been able to do it, like this list of 23 YouTube celebrities.

Regardless, YouTube could still be a great source of secondary income. You just have to play your cards right. 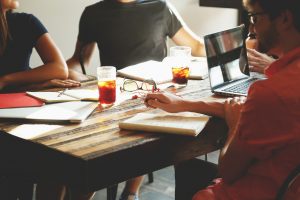 Personal branding is a great way to make money.

A personal brand is not only important for enhancing your career, but it is also a great way to make money. Some of you may already be creating your own brand, and that’s great. Now it’s time to take it one step further.

I’ve been able to obtain new financial opportunities, both in gaining new clients for my business and receiving job offers, through my own personal brand. If this is a new concept for you, here is a quick rundown of how to create yours:

If you already have a lot of followers online, monetizing your personal brand should not be as difficult for you as it would for someone who is just starting out. Knowing where to start can be tough, but there are a variety of avenues from which you can choose. Here are just a few:

If you have a large online following, this may be one of the easiest ways for you to make money from your personal brand. Those individuals are staying in touch with you for a reason: you offer value to them. You can help them grow in their industry since you have been able to do it yourself. The hardest part will be pricing your services. One note and tip: Keep in mind, this is your time you are ultimately selling, so price wisely. Do not undersell or underprice yourself; you could end up doing more for less and running your mental resources dry.

One problem with constantly sharing information online is that if you share too much, people won’t have a reason to buy from you. Sharing information is important, but you can take all the nitty gritty details and write them into a book that you can sell over and over again. Whether an e-book or hard copy, this is definitely something to look into especially if you love writing. Self-publishing tools exist online, such as Amazon’s Create Space, but you can also check for publishers locally. Another option is to write the book, copyright it and sell directly on your blog or website.

Host your own seminar or workshop

If you’ve been successful in one aspect of your industry, talk about how you did it to a group of people. Share the knowledge, and charge an entry fee. (This is valuable information afterall.) The best part is you can do this either online or in-person, whichever route works best for you. If you work at an agency, they may allow you and even encourage you to use their own space to host one (depending on company policies).

In addition to hosting your own workshops, you can create your own course and sell them through sites like Udemy.com. Skillshare is another option where you can apply to teach online classes and eventually be paid to do so.

These are some great beginning points and some of the more common ways you can make money through your personal brand. Using your own brand is something you can do on the side or turn into a full-time gig. Your  successes will impress employers as well and will help to set you apart from others for that dream job.

Do you have a personal brand? Have you been able to make money from it? Share you own success with me in the comments below!